The new book is almost finished and will be hitting the shelves soon!  Here’s an advanced look at the cover, which was designed by Carl Graves over at Extended Imagery: 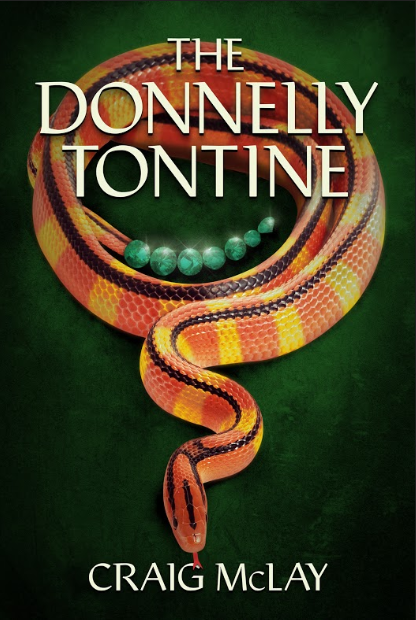 Criminology student turned criminal Nick Donnelly’s plan to quit ripping off insurance companies by staging car accidents receives a major boost when he’s named as one of the inheritors of the Donnelly estate, a gloomy old mansion on a remote island off the coast of Ireland.

Rumored to be included in the estate is the legendary Emerald Viper – a priceless necklace supposedly given to Cleopatra by Mark Antony more than 2,000 years ago.

The catch?  The necklace is cursed.  The estate is haunted.  The will has an expiry date…as do do some of the other inheritors, who start dropping dead under unpleasant and mysterious circumstances.  Also, (although his semi-lowlife friend Fogel insists this is a minor technicality) he’s not the real Nick Donnelly.

Nick is going to have to use all his criminal and crime-solving expertise if he’s going to claim the inheritance without blowing his cover or dropping dead.  If it takes a crook to catch one, his luck may finally be about to change.

The book is in the final design stages now and I’ll have more details shortly!

Probably in the next couple of weeks.

Something will probably go in here at some point.

Once there’s a blog, stuff will be here.